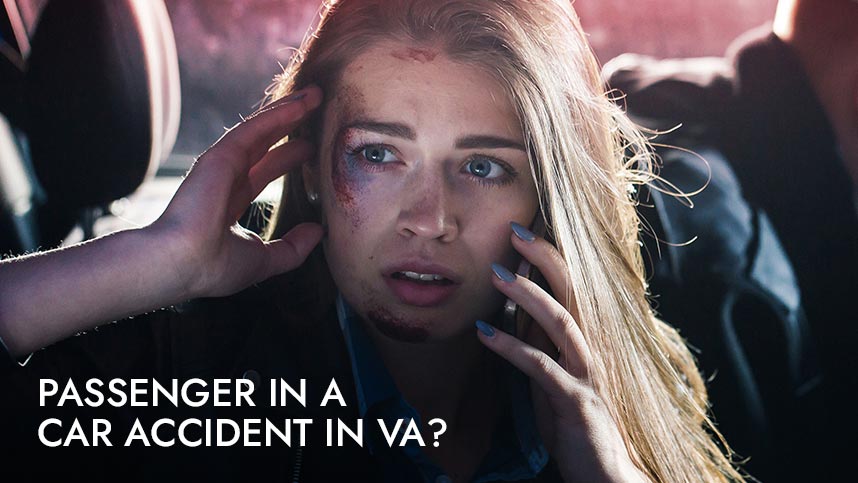 Passengers who get involved in a car accident in Virginia typically aren’t considered to be at-fault for the incident. This is true even if their presence or actions caused a distraction to the driver.

If the passenger sustained injuries as a result of the accident, they’re entitled to exercise their legal rights. For those who are looking to make a personal injury claim in Virginia as a passenger, here are some important things to keep in mind.

Can You File a Claim With Your Driver?

If the driver of the car containing the injured passenger was completely or partially at fault, the passenger may file a claim with the driver’s insurance company to cover compensation for lost wages, medical expenses, and other damages.

Can You File a Claim With the Driver of the Other Car?

Yes. The passenger may file a claim with their insurance company for passenger injury. However, this only applies if it’s determined that the other driver is completely or partially at fault. For this to happen, the passenger may need to provide evidence or witness testimony supporting their claims or hire a personal injury attorney to help them build their case.

What Damages is a Passenger Entitled to?

Depending on the circumstances surrounding the accident, a passenger may be able to claim one or several of the following types of damages:

Can a Passenger be Considered At-Fault?

As mentioned above, a passenger is rarely considered at-fault for most vehicular accidents. In certain cases, the passenger may be found at-fault or lose their right to recover compensation. For example, a passenger that knowingly got in a car with a driver who is under the influence may be held responsible for their decision.

How can a Virginia Car Accident Lawyer Help?

If you want to sue as a passenger involved in an accident in Virginia, you need to hire a lawyer as soon as possible. A car accident lawyer can help investigate the incident, gather evidence, negotiate with insurance companies, and protect your rights during the settlement or trial process.

Our legal team at Holcomb Law will aggressively fight to make sure that you get the fair and just compensation you’re entitled to. Call us today at (757) 656-1000 or send us an email to schedule a consultation.