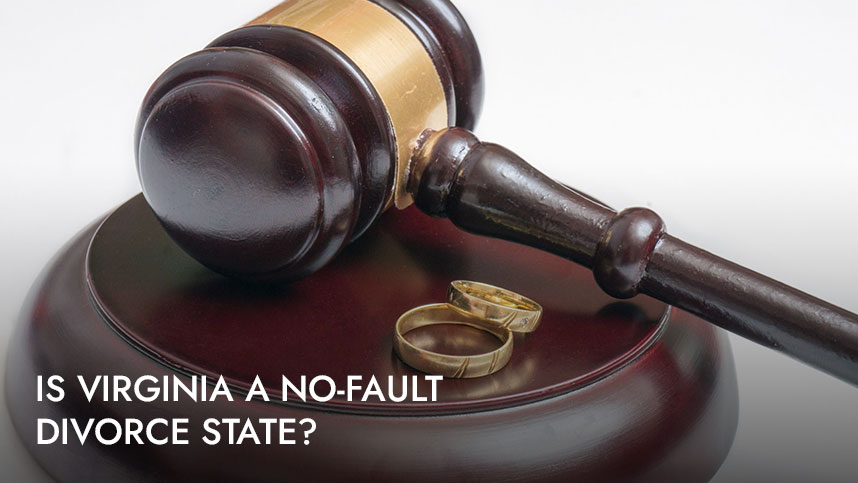 Yes, Virginia is a state that allows for no-fault divorce. This implies you can divorce without stating your spouse did something to irreparably harm the marriage. This procedure, often known as an “uncontested divorce,” allows a couple to dissolve their marriage in a more timely and cost-effective way.

Two Types of Divorce in Virginia

There are two types of divorce in the state of Virginia. The first is a fault divorce, which occurs when one spouse accuses the other of improper behavior that might lead to a divorce.

The other type of divorce is a no-fault divorce, which occurs when one spouse files for divorce due to their inability to get along. You’re not required to state the reasons for your divorce.

What is a “no-fault” divorce?

In a no-fault divorce, you’re ending the marriage for no particular cause and without the need to establish any legal “fault” in court.

No-fault divorces are permitted in Virginia, which means either partner can file for divorce without blaming the other. The cause for the divorce must be stated on the dissolution file; however, it might be as unspecified as the parties’ irreconcilable disagreements. This enables for a more amicable and less contentious divorce procedure.

What is needed to file for no-fault divorce in Virginia?

To qualify for a “no-fault” Virginia divorce, at least one spouse must have resided in the state for the last six months. If the couple does not have any children under the age of 18, has been living in separate residences for at least six months, and both have signed a separation agreement, they can lawfully apply for divorce after six months. If the couple has children of minor age, they must wait at least one year before filing for divorce.

If you meet these requirements for a no-fault divorce, your case will swiftly proceed through the court system, especially if it’s uncontested.

What are the benefits of a no-fault divorce in Virginia?

There are several advantages to no-fault divorce in Virginia. One of the most significant, as previously said, is that you don’t need to establish “fault” before a judge.

Another significant advantage is that you may negotiate the terms of your divorce without going to court.

You’ll have to prepare a separation agreement as part of the no-fault divorce procedure, which will include every aspect of your divorce, from child custody to property distribution.

In no-fault divorces, the couple typically just wants the marriage to be over, so there’s less of a chance they’ll battle over major concerns.

Because you don’t have to go to court on the grounds for divorce, a no-fault divorce is quicker, less expensive, and less stressful than a fault-based divorce. It enables you to move on to the terms of your divorce right away, which is the most significant aspect of your divorce in the first place.

A divorce attorney can assess your case and assist you in navigating this emotionally charged and complicated legal procedure.

Contact Holcomb Law today at (757) 656-1000 or fill out our contact form to talk with experienced legal counsel.