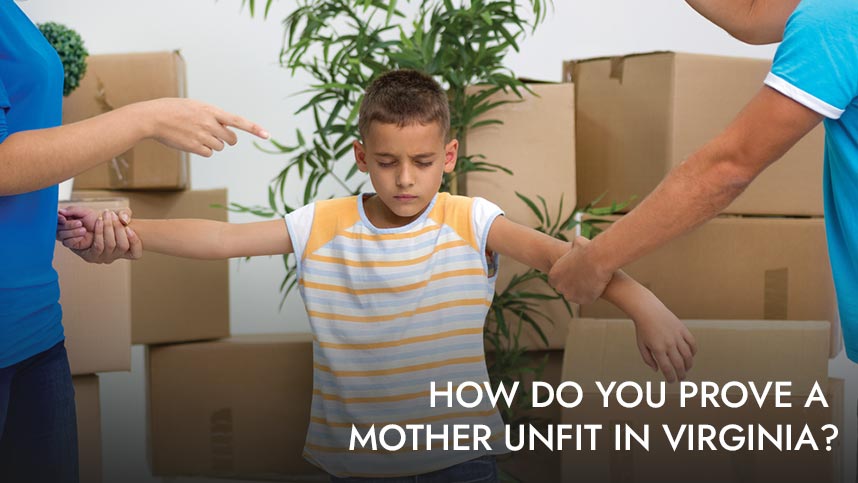 Child custody is one of the most contentious issues in a divorce. In most cases, both parents would want to get custody of their child. However, when determining custody, the court will always base their decision on the child’s best interests.

Even when one parent is granted full custody, the other parent will most likely be given enough time to spend with their child as Virginia law requires the court to make sure that the child gets frequent and regular contact with both parents.

However, in certain cases, the court will limit or reduce the interaction between a parent and child. This also happens when one party is deemed an unfit parent.

What is an Unfit Parent?

An unfit parent is one who is unable to provide proper care, guidance, and support to their child. They most likely won’t be granted custody by the court if the case is still active. If the unfit parent already has custody, they’re likely to lose it after the court obtains sufficient evidence that living with that parent is putting the child in harm’s way.

Proving that a mother is an unfit parent can be tough on both the child and the father. Sometimes, Child Welfare Services may need to intervene, especially if there are allegations of abuse or if there’s an ongoing investigation against the mother.

If you believe the other parent of your child is unfit, consult a child custody lawyer to understand your rights and determine the best course of action.

How Can a Mother Lose Custody of Her Child in Virginia?

The court will rely on several factors to determine whether a mother should be prevented from seeking or obtaining custody. These include the following:

What Evidence do I Need to Prove an Unfit Parent in Virginia?

If a parent is trying to establish that their spouse or ex-spouse is an unfit parent in court, they need to provide evidence to prove their allegations. Some examples of evidence that they can present in court are the following:

It can be challenging to find evidence, but if you think you might have something, it’s worth bringing forward to your lawyer. All evidence must be gathered before a request to change custody is filed.

If you’re planning to file or in the middle of unfit parent proceedings, you’ll need to make tough choices that can permanently impact your child’s upbringing. You need to have a lawyer by your side who can advise you and make sure that your child’s best interests are protected.

The expert lawyers at Holcomb Law can represent you during the process and help support and prove your position. Contact us now at (757) 656-1000 to schedule a consultation.