Are you a father who is facing a visitation or custody dispute in Virginia and sense that you are not taken seriously? Are your parental rights being neglected or overlooked in your divorce as if they don’t exist? Having problems finding a lawyer who will push back?

It is simply a fact that all fathers have a right to play an active part of their children’s lives—the same as the mothers. No difference. Unfortunately, however, fathers often draw the short end of the stick when it comes to matters involving their children during a divorce or custody dispute…even more so in cases involving unmarried parents.

To be perfectly candid, this might be because far too many men have the dual responsibilities of attempting to nurture and also financially provide for their children at the same time. As a result, often a spoken or unspoken bias is unfairly created against those responsible and loving fathers who are determined to fight to make a good living and also for time with their sons and daughters.

Father’s rights is commonly misinterpreted and badly in court proceedings and even in settlement conferences. If you are dealing with a divorce or are unmarried and the father of a child, it is crucial to have a good grasp of the different issues that can affect your visitation (parenting time) and your custody rights. There are ways to set yourself up for success. We at Holcomb Law, P.C. have represented hundreds of men in divorce and custody cases over the years. You can count on us to aggressively push back.

The good news is that while you may automatically assume that the courts favor the mothers in a custody case, at times with good cause, Virginia law technically does not have a presumption in favor of a mother over a father. Instead, the state believes that most important factor when determining child custody and visitation is the well-being of the children and their best interest. Virginia actually presumes that the active involvement of both parents is the best scenario for any child. Often though, lawyers, guardian ad litem, counselors, and even judges must be aggressively reminded.

Physical custody refers only to which parent your children will primarily live with throughout the calendar year and who assumes the bulk of the daily responsibilities involved in caring for them. If a parent is not granted physical custody, this is rarely a decision make against that parent or in favor of the other; it is merely the best daily plan for the children in the mind of the Court. Virginia courts typically award primary custody to one parent and visitation rights to the other, depending solely on the children’s best interests. This parent can be the most available parent, or in cases where some instability exists, the more stable parent in terms of job, location, or other more personal issues.

Joint Legal custody is the norm in Virginia and involves the ability to make parental decisions concerning your children’s medical care, education, religious upbringing, and other major aspects of their lives. Depending on the circumstances, the court may choose to award joint legal custody or can award sole legal custody. Given that children thrive most when both parents are actively involved in their lives, Virginia courts seldom award sole custody if there is no evidence of neglect, abuse, or irreparable hostility.

Parenting time and visitation refer to how much quality time each parent can spend with his or her children. As a father, you deserve the opportunity to properly care for your children and spend time with them. Whether you are a custodial or non-custodial parent, we will help you work towards fair visitation and parenting time arrangements. While work schedules can greatly affect this arrangement, it cannot alone keep your children from spending time with you as a father.

Whether you are a parent who pays or receives child support, you may encounter a substantial change in circumstances that require a modification to your court-ordered support payments. Many non-custodial parents do not take the time or focus on this and spends thousands unnecessarily. You have the right to petition to modify existing child support, visitation, or child custody agreements until the children are out of high school. Common situations that warrant modifications include remarriage, parental relocation and unemployment, among others.

Rights of a Non-Custodial Parent

Other rights of a non-custodial parent are being able to help make important decisions regarding your children’s lives, as well as participate and attend their school and extracurricular activities.

If you believe that your parental rights are being violated or compromised, know that you have protection under Virginia law. Consult with an experienced father’s right lawyer from Holcomb Law, P.C.

At Holcomb Law, P.C., we have years of experience in handling complicated disputes on behalf of fathers. Whether you wish to seek full or partial custody or wish to continue having a meaningful relationship with your children, you can count on Holcomb Law to protect your rights as a father. 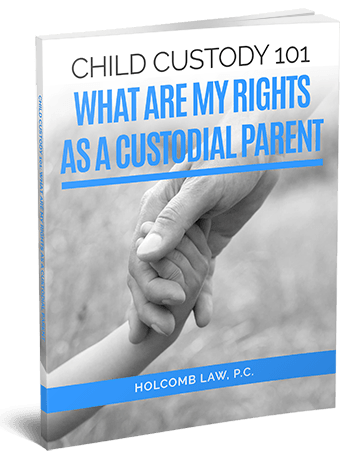 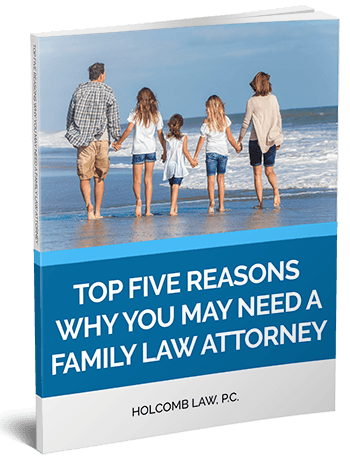 
Warning: call_user_func_array() expects parameter 1 to be a valid callback, function 'pas_cth_flushBuffer' not found or invalid function name in /home/customer/www/attorneyholcomb.com/public_html/wp-includes/class-wp-hook.php on line 288