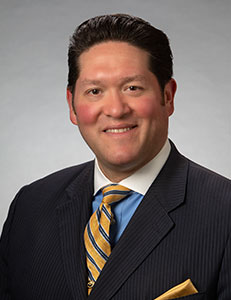 Hi there. My name is C. Carter Allen. Some of you may be familiar with me as I graduated locally from Regent University School of Law in 2008 and have been in practice in the Hampton Roads area ever since. Now, after 10 years of successfully flying solo, I have been welcomed to the Holcomb Law team.

I grew up in the heartland of America, in the state of Iowa, but have called Hampton Roads home since Thanksgiving Day of 1992. I currently live in Hampton with my wife, Jessica, two dogs (260 pounds worth!!), and three odd cats. I have three sons (Kyler, Sean, and Austin) and one daughter (Kayla); all but one has flown the coop; on to bright futures.

How did an Iowa boy find his way out East? The United States Marine Corps sent me here by way of sunny southern California, and I simply refused to leave! I was a Sergeant in the Marine Corps in the Infantry and Security Forces, and I like to put that initiative, drive, and leadership ability to work for our clients every day.