HOW I BECAME A VIRGINIA LAWYER 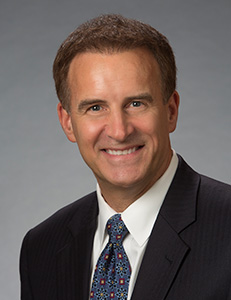 Like many of you, I ain’t from around these parts…!  I was stationed here as a Navy pilot, and when I retired, I became a Virginia resident.  I think life is good in Hampton Roads. My own small hometown in Kansas has now grown to a bustling population of 331, but it was less urban in my youth! My Midwestern family has been farmers and blue collar workers for as far back as we know.

I grew up in farm houses without indoor plumbing.  Yep, so imagine where the “bathroom” was!  (Winters were cold; that’s where I got my speed!) We had party line phones early on.  No A/C.  Then we moved to into a trailer house “in town.”  I see now that, as far as amenities go, I was about a generation behind the rest of America, but it was not until I went to college, and saw what others had, that I realized how rural and poor we were.  I really didn’t care. Still don’t.

Nearly everything I know that matters today I learned in church. I learned about service, that God is concerned about people who are hurting, and we should be too. I learned that we all have a destiny, a “calling,” for which we were born and built to achieve for God’s glory and our personal fulfillment.  We all do.

I attended Oral Roberts University for my undergraduate degree. There I served as a Wing Chaplain and a Resident Advisor and lead missionary teams to various parts of the world in the summers.  I became the first person in my family ever to graduate from college.  I am not sure if my Mom cried because I graduated or because the tuition payments were coming to an end!  My grandparents drove down to Tulsa; it was a big deal.

While serving on active duty, I was able to complete my Master’s Degree, an MBA, from Old Dominion University, working during the days and attending classes at night.  When you start from nothing, you need to work hard to change your life.  Many of you understand this.

It was in graduate school that I discovered mediation.  What if Court was our last option, rather than the first?  I set out to become a state certified Mediator in both General/Business mediation and also in Family Mediation.   I did so in 2004 and have been preaching the virtues of mediation ever since to absolutely anyone who will listen!  Look on our Mediation page–I tell you all about the “Mediation Miracle.”

Just before I retired from the Navy here in Virginia, I enrolled in law school at Regent University School of Law in Virginia Beach on the G.I. Bill. I had planned and waited for this day for nearly 20 years.  I did not miss the school’s mantra about the law: “It’s More than a Profession; It’s a Calling.” 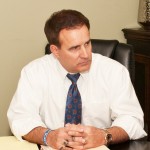 At Holcomb Law, we begin with service, with the giving. This is why we offer free information, and a lot of it, in a profession which traditionally guards such information because lawyers should “charge for legal information.”  It is good for our clients that we simply do not believe in that philosophy!

Here, we recognize that we are here for you, not you for us. We want you to know what to do. It’s more than our tagline, “You Matter Here” is how we live and work. It’s not just a law firm, It’s a Calling.  Welcome to Holcomb Law!