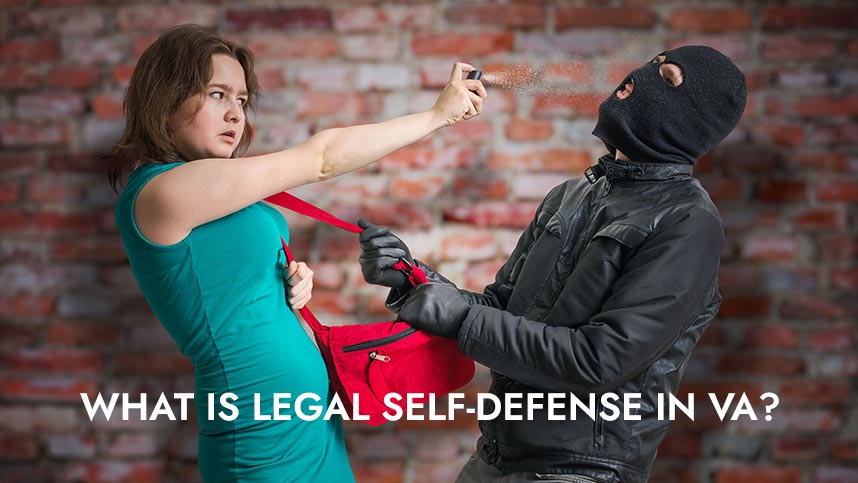 Under Virginia law, you are allowed to use deadly force to defend yourself and your family when you are facing an imminent threat, whether in your home, on the street, at work, or in any location.

But how can you tell if self-defense is within the law or illegal? This information should help.

What is Legal Self-Defense in VA?

To successfully claim self-defense in VA, you need to be able to prove that you were threatened — not that you “believed” that a person was a threat, but that they performed some action that indicated attack.

Virginia law allows you to claim self-defense if:

It’s normal to panic if we believe we are threatened, but this is not something that we can prove in court. Too many people make snap judgments and then act on their fear without thinking, which can not only be deadly, but can put the accused behind bars for life.

If you believe you have been unfairly accused of a crime such as assault, an experienced Virginia defense attorney can help. Contact us for a consultation

There are Limits to Claiming Self-Defense

Claiming self-defense is complex and there are limits to your right to defend yourself.

Sometimes people go too far in their attempt to defend themselves. Even if this is unintentional, you may not be able to prove motivation in court.

Depending on the circumstances, a self-defense charge will fall into one of the following categories:

Generally the rule is that a person may only use the “necessary” amount of force to protect themselves. So, for instance, if the threat to you falls into the “bodily harm” category but your reaction is “deadly force,” this is not justified, even if you are acting in self-defense.

You Have the Right to Defend Your Property in Virginia

There are provisions under Virginia law that specify your rights to protect your family and your home.

Virginia’s castle doctrine allows you to use deadly force against a person or persons who intend to cause great bodily harm or death upon entering your home or “castle.”

The “No Retreat” Rule

While the state doesn’t have a “stand your ground” statute, Virginia case law supports a “no retreat” rule under certain circumstances. In an unprovoked attack, you are not obligated to retreat or attempt to escape, before defending yourself. You must, however, retreat and cannot “stand your ground” if you provoked the attack yourself.

Virginia Law Against Brandishing a Firearm

Virginia is an “open carry” state where you are allowed to visibly carry a firearm with you in a holster without a permit. However, Virginia code § 18.2-282 prohibits you from pointing, holding, or brandishing any firearm or anything similar.

Drawing and firing your gun for self-defense must be justified, or you risk being charged with brandishing a firearm, a class 1 misdemeanor, if you have induced the fear of injury or death in someone.

What Self-Defense Weapons are Legal in VA?

While firearms may be used for self-defense in certain conditions, you must also take into account some non-lethal weapons that, when reasonably used, are not considered deadly force.

Non-lethal, legal weapons in Virginia are:

Bear in mind that there is always a chance of being charged for assault, even if you use a non-lethal weapon.

If you’ve been charged or accused of a crime after protecting yourself, your family, or your home, you should have an experienced criminal defense lawyer on your side.

Our attorneys can help you understand your rights and protect you if you are facing criminal charges.