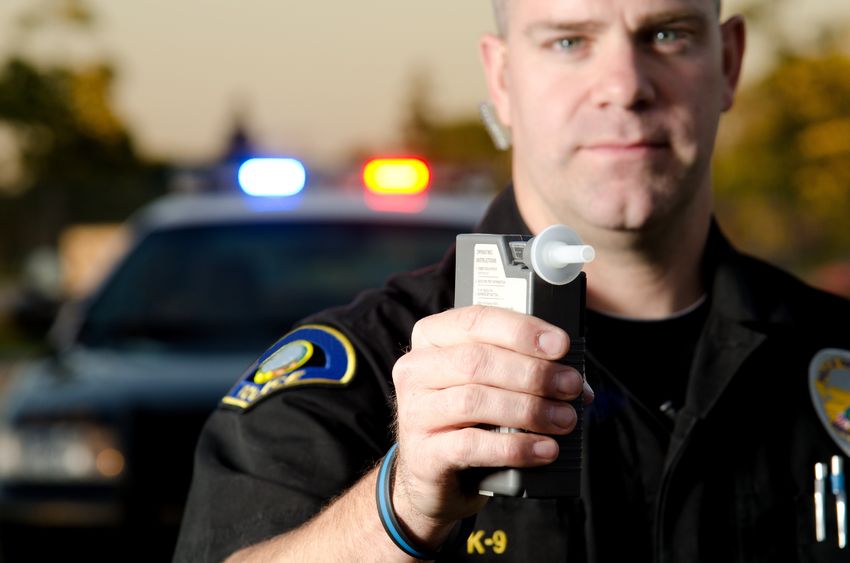 If you are pulled over under suspicion of a DUI in Virginia, from the start, the officer will ask questions and make observations to begin to build his case against you.  Among his evidence building tools are the handheld PBT (Preliminary Breath Test).  After the officer requests that you submit to field sobriety tests (which you cannot be compelled to do), he or she will ask you to submit to a breath test at the scene.

This machine will be used to determine the amount of alcohol indicated in your body at that time. You are not required to and should not take this roadside test!!   It is inaccurate, and it almost assuredly will be used against you! If you refuse to submit to the PBT, there is a strong possibility that you will be arrested, in fact that is exactly what the officer will threaten, but refusing may also prevent the state from obtaining easy evidence against you.

If you are later arrested and taken to the police station, you will be offered another breath test from a different machine.  My advice is to take THAT breath test.  If you refuse a blood or breath test there at the station, you will definitely be arrested and charged for violating Virginia’s “implied consent law.” This is a separate charge from your DUI and if convicted, you will lose your license for a year, with no possibility of obtaining a restricted license.

Why must I take this breath test?

When you get a driver’s license in Virginia, you are agreeing to take a breath test if an officer asks you to do so. This “implied consent” is written into the fine print of the documents that you sign when you get your driver’s license. In short, the fine print states that if you are pulled over for a traffic violation, you must comply with all of the police officer’s requests, to include the PBT. This is Virginia’s implied consent law.

Important:  It is within your rights, that is your right against self-incrimination, to refuse a breath test at the scene.  But if you refuse to take the breath or blood test at the station, you will be in violation of Virginia’s implied consent law. This violation has its own penalties separate from any consequences of being convicted of a DUI.  The first refusal conviction, for example, is a civil violation, not criminal, but it still carries a revocation of your license for a year; so, you will be getting rides or walking for a year.

SUMMARY:  You are not required to submit to a PBT at the scene, and you should not take that test.  However, if you are arrested, you should take the breathalyzer at the police station.  The test at the station cannot be used against you for determination of guilt or innocence, so if there is insufficient evidence to convict you of the DUI at the scene, the Judge or jury will never see the results of this test anyhow.  NO to the first one; YES to the second.

COVID-19 Update: We Are still “Open” but only doing client consultations via phone or videoconference. We have also Waived All Consultation Fees!  Full Details