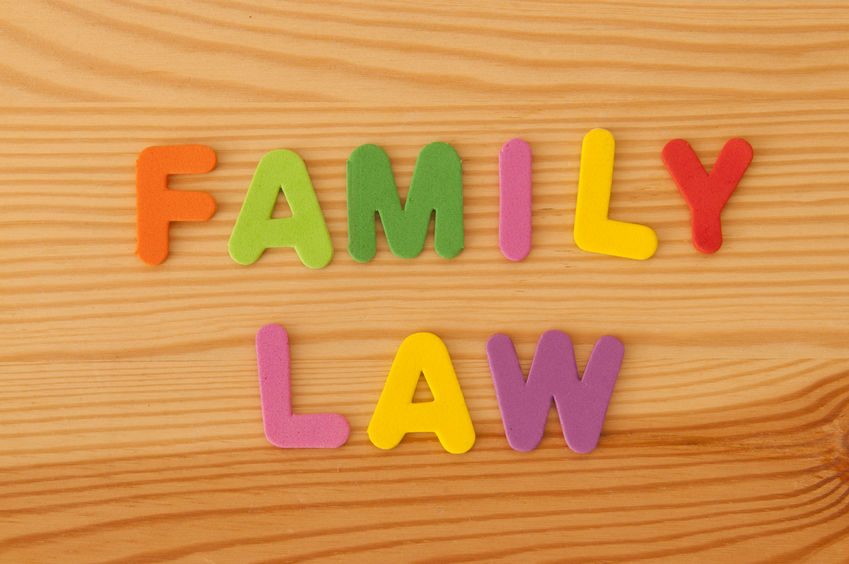 Here are a few myths and concerns that we often hear from our clients or potential clients that are really commonly-held “myths”:

MYTH: It’s a bad thing if your lawyer is acquainted with, or somehow associates with “the other side.”

TRUTH: A lot of people going through a divorce experience tremendous anger toward their soon to be ex-partner. Those feelings are completely normal and might actually be healthy if channeled properly. However, many people also expect their lawyer to be equally upset and angry. They really want their lawyer to do everything they can to “beat up” their partner’s lawyer, and they believe that, if the lawyers are friends, or run in similar social circles, or have kids that go to the same preschool, then their lawyer won’t be as good an advocate because their lawyer won’t want to aggressively fight a friend.

In fact, the better family law attorneys work to maintain good working relationships with other attorneys in their field of practice in their jurisdiction. Most have multiple cases opposing each other. This is absolutely in the best interest of their clients—it saves these clients time and money when the details of their matter can be rationally worked through, according to the law, without concern for gamesmanship, potential ethical issues, unnecessary delays, etc. The divorce or custody processes work best when the attorneys work well together and have a level of trust between them.

In reality, a good lawyer is someone who will be able to keep their emotions separate from the facts of the case. While being angry (or at least giving the appearance of being angry) might be a useful strategy or weapon for your lawyer at various times, he or she will serve you much better in the long run if they can keep their feelings about your divorce separate from what the divorce process requires. As mentioned above, there is a very good chance that is not the first time your lawyer has been slated against a “friend” in the legal process. Lawyers are trained to focus on the law and on their individual clients and to advocate for the client’s best result. Each lawyer will recognize that the other person is focused on doing his or her job to the best of their ability, and that it’s not personal.

MYTH: Your lawyer will get a better result if they know the judge socially.

TRUTH: If this were the case every lawyer in town would be doing everything possible to spend social time with the family law judges. Unfortunately knowing or not knowing a judge well has no real impact on the eventual outcome of a case. Judges will consider all the factors of the case and rule accordingly. Whether or not the lawyer has a personal relationship with him has no effect on what he or she takes into consideration when making decisions and, in fact, if your attorney knows the judgetoo well personally the judge will remove himself from the case and have it heard by another judge in order to prevent potential conflicts of interest and prejudice. That removal might actually hurt the client’s case more than helps it.

What might help you is hiring a lawyer who is familiar with the jurisdiction in which your case is set and who has a good reputation with the Judges of that Court. Judges are human; if they know your lawyer as a person of integrity and high ethics forexample, one who is always prepared, and one who is respectful of the Court and its processes, they are more likely to believe your lawyer if there is a question that the lawyer’s good reputation might influence.

MYTH: I worked hard for my pension so I should not have to share it with my ex-spouse.

TRUTH: No one questions that you worked hard for your pension, probably not even your ex-spouse. Unfortunately, in the eyes of the law your pension is marital property which means you and your ex-spouse are entitled to it jointly. Virginia is an “equitable distribution” state. The non-working spouse might not be entitled to an equal share of this marital asset, but it must be divided equitably.

While you worked at the office and contributed to the pension, your spouse also worked, maybe at home, to help. Nonmonetary contributions to the family’s security count when dividing a marital asset in a divorce. An exception to this is that any portion of the pension earned prior to the marriage might not necessarily be included as “marital property,” but your particular situation will need to be reviewed by an experienced attorney to assess the this possibility.

That being said, there are options to consider if you want to have exclusive right to your hard earned retirement. The first step is to get your pension valued – and for that we usually need to bring in an actuary or a CPA who can help us determine the full value of your pension/retirement account. Once the value is known, you might be able to entice your spouse away from division by offering to him or her something of similar value in your division of property.

For instance, if the house has a high enough value, you might agree that your ex-spouse can keep the house in exchange for you keeping your pension or retirement account(s) in full. That’s just one possible example. Realistically, and this is the part that no one likes to hear, both of you might have to compromise, but there are options.

MYTH: Moms are ALWAYS given primary custody of the kids.

TRUTH: This statement is especially untrue here in Virginia. There is no presumption against Dads in the Commonwealth of Virginia. In fact, Judges start with the assumption that custody is going to be shared 50/50 and it’s up to the lawyers to convince the Court that custody should be shared differently. There are extenuating circumstances, of course. A Judge is not likely to automatically grant 50/50 custody toan infant who is exclusively breast-fed. But, the Judges here in the Commonwealth like to ensure that if the Father wants to be involved, he gets a fair shot in the Judge’s determination of what is in the child or children’s best interest.

Many lawyers represent Dads who truly want to share custody with their ex-wives. These Dads might have houses with plenty of room for the kids, they might live close by, and might have planned that in order to stay involved with their kids, and these Dads might legitimately want to stay involved in their children’s academic and social lives. Judge often grant these requests for 50/50 shared physical custody and for joint legal custody.

Assuming that both parents are stable (e.g. neither parent is a dysfunctional alcoholic, drug addict, or has severe criminal or psychological problems), research has shown that kids fare much better when they continue to have steady contact with both parents. In fact studies have shown that children of divorced parents who have steady, on-going contact with both parents have fewer behavioral and emotional problems, higher self-esteem, better family relationships, and do better in school than some children in single home custody situations. And believe it or not, joint custody (physical and legal) might benefit you as well; divorced parents with joint custody tend to experience fewer conflicts.

And being a single parent is incredibly hard work! If your ex-spouse is a decent parent, has a solid relationship with the children, and wants to be involved in their lives, joint custody can actually take a tremendous burden off of you, providing to you some space and time and backup when you might really need this type of support.More importantly, your children will benefit.

MYTH: My ex-spouse lives with his/her girlfriend/boyfriend so he/she should not be granted custody (or at least the split should not be 50/50).

TRUTH: In this type of situation, Virginia law is singularly focused on “the best interest of the children.” This is the standard. It is difficult for some to understand, but the standard is not necessarily the best interest of either parent. A significant other will not always change the rules when it is time to divide parenting time between the parents. Ensuring that children live in situations where they will be safe and cared for is the Court’s overriding goal.

One ex having a significant other is certainly not a show-stopper for physical custody, but it can be a negative factor. Some Judges still tend to look down on relationships that crop up quickly during or just after a divorce, particularly when the children are involved in those relationships. It is wise to beware.

When physical custody is being determined by a Court, a parent’s choice to live with someone, and who that person is, are factors in the Court’s decision. When there are significant others in the picture, the background of each person living in a house in which the children will reside will be examined by a Guardian ad litem (a lawyer appointed by the Court to represent the interests of the children) and then of course by the Court. The Court will want to know about these individuals’ criminal history, drug history, any history of mental treatment or violence, and perhaps a host of other items. Those backgrounds are certainly relevant and important to the Judge, and part of what he or she must consider to ascertain what is in the children’s best interest, the standard in the Commonwealth.

So, while the knowledge that your ex is living with someone, who that person is, and how long your ex-spouse has been living with this new partner are factors in the Judge’s mind, the relationship itself is not the only factor.

Beware of the myths out there.

Find a family lawyer who will answer ALL your questions—even before you hire them
—and then retain that one!


Warning: call_user_func_array() expects parameter 1 to be a valid callback, function 'pas_cth_flushBuffer' not found or invalid function name in /home/customer/www/attorneyholcomb.com/public_html/wp-includes/class-wp-hook.php on line 288