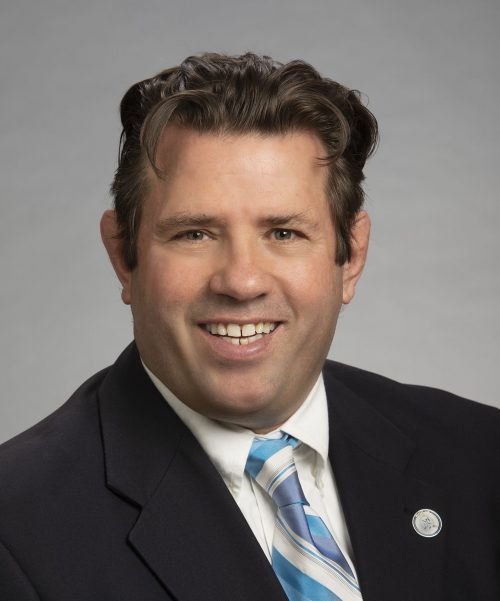 I was raised in Arkansas and grew up on the Mississippi River, spending a lot of time fishing, riding ATVs, and camping – just living the Huckleberry Life! Even at an early age, I had three passions: Law, reading, and running.

Luckily for me, I was an exceptional runner and was recruited to run for a private prep school, where I excelled. During my senior year, I was undefeated in the mile, two-mile, and in cross-country!

Accordingly, I was offered a track scholarship to run for the University of Central Arkansas, where I ran the 800-meter, the mile, two-mile, the 5,000, 10,000 and cross-country. Additionally, I was a member of the social fraternity of Phi Sigma Kappa and the Pre-Law Program.

I graduated from the UCA with a B.A. in History and Political Science in May of 1993 and then joined the United States Navy because I wanted to serve my country and see the world since I grew up in a small, isolated town.

I served 10 years in the United States Navy onboard the USS Hayes, Healthcare Support Office, and Joint Forces Command serving as a Yeoman and a search and rescue swimmer. During my time in the Navy, I attended Navy Legal School and Search and Rescue Swimmer School and was awarded numerous Letters of Appreciation and Letters of Commendation including – Joint Forces Command Medal and was also the Navy Athlete of the Year – Honorable Mention in the year 2000. As Legal Yeoman, I helped hundreds of sailors with their legal issues.

While in the Navy, I attended Graduate School at Old Dominion University for International Studies with an emphasis of Military Policy and Strategy. I received Honorable Discharge from the Navy and then attended Regent University School of Law to fulfill my dream of becoming a lawyer. 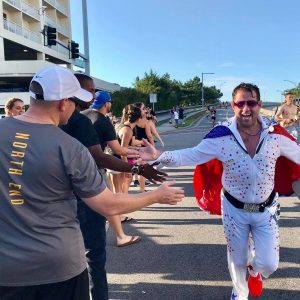 I graduated from Regent Law and passed the Virginia Bar Exam in 2008 and have been practicing Family Law in the local area ever since. I currently live in Chesapeake with my wife, Dr. Lynne Schleed, and our three dogs, Trinity, The Great Gatsby, and Bond, James Bond.

I spend my free time reading, going out on the boat, and running. I usually do 60 races a year and can be seen at most local races in the area as the “Running Elvis.”

In fact, I usually do about 15 races a year as Elvis and push for Team HOYT when needed.